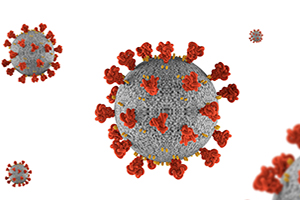 The research shows that in countries with higher COVID-19 mortality rates (United Kingdom, Italy, and Spain), the patient population had lower levels of vitamin D.

Some hypothesized that the disparity in mortality rates might be due to healthcare quality, age distributions in the population, testing rates or different strains of the coronavirus. But, Northwestern’s Dr. Vadmin Backman, who led the research study, stated:

“None of these factors appears to play a significant role. The healthcare system in northern Italy is one of the best in the world. Differences in mortality exist even if one looks across the same age group. And, while the restrictions on testing do indeed vary, the disparities in mortality still exist even when we looked at countries or populations for which similar testing rates apply. Instead, we saw a significant correlation with vitamin D deficiency.”

This isn’t the first time vitamin D deficiency has been linked to increased mortality. Previous studies have shown numerous health problems result from a lack of vitamin D including osteoporosis, congestive heart failure, diabetes, and cancer. 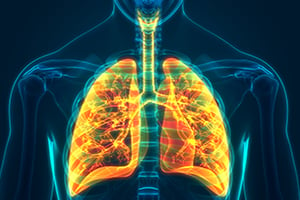 In many of the sickest patients with COVID-19, a hyperimmune response called a “cytokine storm” occurs, where the body starts to attack its own cells and tissues rather than just fighting off the virus. When COVID-19 patients experience cytokine storm, it results in hyperinflammation in the body with persistent high fever, severe respiratory distress, and lung damage. The Northwestern University team noted a strong correlation between low vitamin D levels and the cytokine storm occurrence.

In fact, dozens of studies have been launched to see whether drugs and devices that can “eat up” cytokines, or prevent their release in the first place, may keep COVID-19 patients from dying. One study from Howard Hughes Medical Institute and John Hopkins University is testing whether an alpha blocker can break the cycle of hyperinflammation before it ramps up.

“This means that having healthy levels of vitamin D could protect patients against severe complications, including death, from COVID-19. Our analysis shows that it might be as high as cutting the mortality rate in half. It will not prevent a patient from contracting the virus, but it may reduce complications and prevent death in those who are infected.”

What are the causes of vitamin D deficiency?

First, people who live in areas with less sunlight typically have lower vitamin D levels. This is because vitamin D is unlike other vitamins in that it is a “pro-hormone” produced in the skin with sunlight exposure. In particular, the sun is the main source of vitamin D3, a type of vitamin D that increases levels of the “feel-good” hormone chemicals in the brain, dopamine and serotonin. It’s no surprise then that people with vitamin D deficiency due to lack of sunlight exposure often experience depression symptoms as well.

A second cause of vitamin D deficiency is due to the amount of melanin in the skin. Patients with darker complexions have higher levels of melanin, which lowers the skin’s ability to make vitamin D in response to sunlight exposure.

Another cause of vitamin D deficiency is due to an inadequate diet. The nutrient can be found in foods such as canned fish, salmon, eggs, milk, cheese, almonds, yogurt and certain fish oils such as cod liver oil.

Aside from getting an inadequate amount of vitamin D via diet, patients with digestive tract problems can have malabsorption issues and are unable to adequately absorb vitamins.

Older adults are also more likely to have a vitamin D deficiency, which may or may not be correlated with the higher COVID-19 mortality seen in the elderly population — more research is needed in this area to know for sure. But with aging, the kidneys are less able to convert vitamin D to its active form, calcitriol, which can lead to a deficiency. (Patients with kidney diseases can have impaired vitamin D conversion to its active form as well.)

Last, patients who are obese (BMI greater than 30) are more likely to have a vitamin D deficiency. Why? Vitamin D is extracted from the blood by fat cells. The more fat in the body, the less vitamin D is released into the circulation.

What should practitioners do? 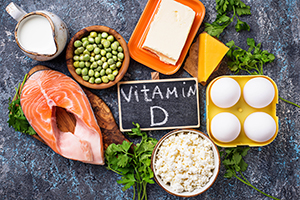 Since this is the first study of its kind, more research is clearly needed. However, since vitamin D plays a key role in maintaining overall health and is critical for normal cellular functions, it doesn’t hurt to assess patients’ vitamin D levels. There are two separate vitamin D tests:

Aside from vitamin D testing, practitioners should encourage their patients to eat a healthy diet with a variety of foods high in vitamin D.

Also, like vitamin D, exercise has been shown to help protect against COVID-19 complications.

(See here: Research shows that an antioxidant enzyme produced while exercising may stave off or lessen the risk of acute respiratory distress syndrome.)

Thus, it makes sense to encourage patients to go out and exercise in the sunshine several times per week. Take a walk, ride a bike, swim…. whatever it is, a little sunshine and exercise are extremely beneficial for both physical and mental health. (Of course, encourage your patients to practice social distancing while exercising.)

Have you read an interesting study pertaining to COVID-19? Please share it in the comments section below or on our forum. By doing so, you can help your colleagues stay abreast of the latest clinical trials and research related to COVID-19.