While there are many benefits of cryotherapy for use in PT or OT practice, there are a few risks associated with this treatment. Discover 5 cryotherapy side effects every therapist should know. 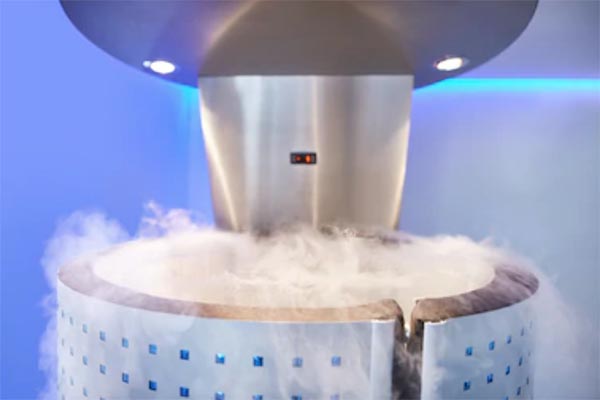 Cryotherapy, also known as cold therapy or ice treatment, is an application utilized to bring the body temperature down at the tissue and cellular level in order to achieve therapeutic benefits, but there are a few cryotherapy side effects that therapists should be aware of.

But, First… How to Provide Cryotherapy

When planning cryotherapy treatment, there are several questions to ask before deciding on the type of cryotherapy and the treatment schedule:

Keep in mind that cryotherapy is most effective when it is used as a relatively continuous treatment, in conjunction with physical therapy, a home exercise program, or during physical activity (sports rehabilitation). Generally, 10 to 20 sessions of whole body cryotherapy are recommended to achieve optimum therapeutic benefits. But, the number of sessions depends on the severity of the condition (i.e. acute injury versus post-op versus chronic pain or sports recovery).

Localized treatments are typically used for acute injury situations such as sprain/strain, tendonitis, edema, post-surgical pain, or fever. Localized treatments include the application of ice or gel packs, ice massage, or cryotherapy machines (for post-op) for 20 to 30 minutes at a time, several times per day, especially after physical therapy or exercise. Localized cold therapy affects the superficial tissues as soon as 5 minutes after application. However, it takes around 20 to 25 minutes of localized application in order to reach deeper tissues.

How Do Cryotherapy Chambers Work?

Whole body cryotherapy treatments involve exposing the entire body to an extremely code environment for five (or less) minutes. Most cryotherapy chambers (also called “cryosaunas” or “freeze labs”) use liquid nitrogen or an electrical system to achieve the -100 to -150 degrees F temperature, which lowers the patient’s skin temperature within a few minutes. (Of course, patients do not come in direct contact with liquid nitrogen when it is used to cool the chamber.) The intense cooling induces a number of physiological changes such as vasoconstriction of blood from the limbs, which is pooled to the vital organs. Additionally, inflammatory mediators are reduced, inducing a powerful immune system response. Last, fight-or-flight hormones are released causing a “feel good” endorphin boost to the patient.

What are the Benefits of Cryotherapy?

There are a few side effects of cryotherapy treatments that therapists should note:

Cold therapy, especially whole body cryotherapy, should be avoided in the following cases:

If your patient has any history of chronic illness, confer with the prescribing physician before beginning cryotherapy treatment.