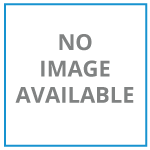 Don Scheumann began his education in personal growth and transformation as a teenager, when he commenced yoga studies at the Yoga Society of New York. After graduating from SUNY with a BFA in dance, he pursued a career in modern dance in New York City. During this period, he undertook an internship at a major holistic health center, where he studied with many of the premier educators in the human potential movement. This experience led him to move away from the performing arts and devote his career to the exploration of the body as a tool for healing. In 1980, he became a certified yoga instructor, and in 1982 he graduated from massage school. His other certifications in bodywork modalities include polarity, neuromuscular therapy, Reiki, Pfrimmer deep muscle therapy, acupressure, and Zen therapy.

Don was a massage practitioner and instructor for more than 20 years. For much of that time, he taught at the Atlanta School of Massage, where he was a major contributor to curriculum development, creating many of the classes for the Integrated and Deep Tissue Program, as well as classes in the Wellness and Spa Therapies Program. The Balanced Body was first published in 1997, and Don successfully stewarded it through two more editions. In this time, it has become a well-used and much-respected book in the profession. The massage therapy community lost a beloved practitioner and teacher with Don’s passing in 2008.