The human brain makes up only about 2% of total body weight, yet it receives 15 to 20% of the total blood supply. Could this be a clue to dementia testing? 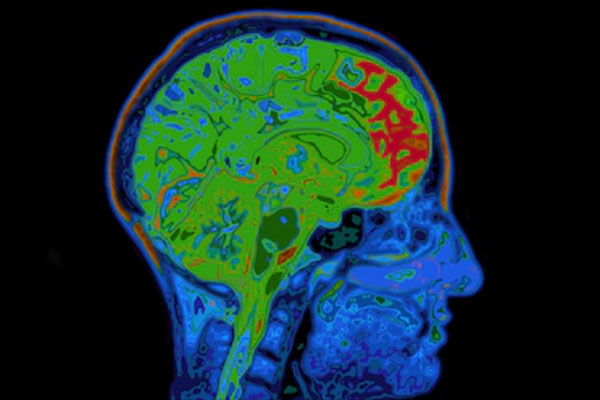 An international team led by University College London has discovered a new test that may detect dementia early. The researchers claim that a five-minute neck scan could identify people at risk of dementia before symptoms ever appear.

The study results indicated that those with the highest intensity pulse at the beginning of the study were about 50% more likely to show accelerated cognitive decline over the next decade compared with the other participants.

This isn’t the first study to link poor blood flow to lower cognitive functioning. Another study published in September 2018 reveals an association between higher cerebral blood flow and better performance on executive functioning and attention. The study authors noted, “The observations are consistent with the proposed role of cerebral hemodynamics in cognitive decline.”

While more research is needed to confirm that damage to the brain’s blood flow does, in fact, contribute to cognitive decline and dementia, these two studies shed light on possible new avenues for detecting dementia earlier.

How to Improve Brain Blood Flow

Considering the recent study results, there are strategies to enable patients (and practitioners) to protect their cerebral blood flow. In fact, one of the most reliable ways to impact brain blood flow is to exercise regularly. Numerous studies have confirmed that physical exercise is beneficial in the prevention of cognitive impairment as exercise not only increases blood flow, but also influences brain metabolism.

In a randomized controlled trial, gerontologists and sports physicians at Goethe University Frankfurt examined the effects of regular exercise on brain metabolism and memory. The results of the study revealed that physical activity prevented an increase in cerebral choline concentrations in the training group, whereas choline levels increased in the control group. Increased choline levels are often associated with an increased loss of nerve cells (typically occurs in Alzheimer’s disease).

Yet, another research study published in The Journal of Alzheimer’s Disease suggests that higher V02 max scores – specifically a higher level of cardiorespiratory fitness – is the key reason exercise thwarts cognitive decline. During this particular study, researchers found that older adults with higher VO2 max scores had less deterioration of the white-matter fibers in their brains. This was true in both groups of people in the study, those with or without Mild Cognitive Impairment (MCI).

Whether it be due to enhancing cerebral blood flow, decreasing choline levels, preserving white-matter fibers via increased VO2 max, or some other reason left to be discovered, the research is clear: regular exercise helps prevent cognitive decline among other age-related illnesses. Of course, exercising cannot guarantee that an individual will never develop dementia – but it certainly can’t hurt to give it a try!