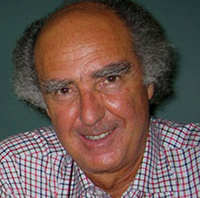 Leon Chaitow ND, DO graduated from the British College of Osteopathic Medicine in 1960. Since 1983 he has been a visiting lecturer at numerous chiropractic, physiotherapy, osteopathic, naturopathic and massage schools in Europe, USA, Canada, Australia. He was the first naturopath/osteopath appointed as a consultant by UK government to a medical practice (1993 – 2010).

Leon is author/editor of over 70 books and is the founding Editor-in-Chief of peer-reviewed (and now Medline indexed) Journal of Bodywork & Movement Therapies (Elsevier). He retired from his position as a Senior Lecturer, at the University of Westminster, in 2004, after 11 years as a module leader in Therapeutic Bodywork and Naturopathy. He was awarded an Honorary Fellowship by the University in November 2005, in recognition of “services to Complementary and Osteopathic medicine”.