A new study shows that fluctuating weight with yo-yo dieting can raise your risk of heart attack or stroke. 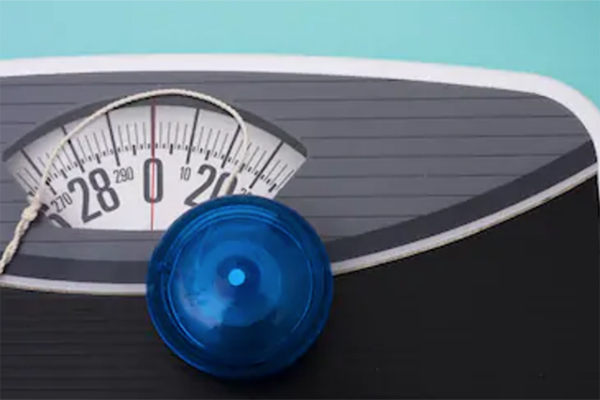 The term “yo-yo dieting”, also known as weight cycling, originated from Kelly D. Brownell at Yale University. It refers to the cyclical pattern of losing and then regaining weight, analogous to the up-and-down motion of a yo-yo.

According to new research published in the American Heart Association’s journal, Circulation, yo-yo dieting can wreak havoc on your body – so much so that it more than doubles your risk of an early death. What’s more disturbing is that the research participants included “relatively healthy people”.

Researchers in South Korea tracked over 6 million people who were free of diabetes, hypertension, and dyslipidemia. The participants underwent three or more health examinations from 2005 to 2012 and were followed through the end of 2015. During the course of the study, researchers tracked weight (BMI), blood pressure, cholesterol, and blood sugar levels in participants.

The results of the study indicated that there were 54,785 deaths with 22,498 cases of stroke and 21,452 myocardial infarctions (MI) during a median follow-up of 5.5 years. Those who suffered from stroke or MI had notable fluctuations in weight, blood pressure, cholesterol, and/or blood sugar.

Compared to participants with stable measurements, those with the highest amount of variability (in the upper 25 percent) on all measurements were:

What does “yo-yo dieting” actually do to your body?

Aside from more than doubling your risk of an early death, yo-yo dieting can cause hormonal and metabolic disturbances in your body. When calories are over-restricted, the body responds by increasing cortisol levels and slowing down the metabolic rate. It can also cause muscle loss over fat loss.

Moreover, a study published in December 2016 revealed that repeated yo-yo dieting can actually lead to more weight gain over time. Dr. Andrew Higginson, Senior Psychology Lecturer at the University of Exeter reported, “Surprisingly, the model predicts that the average weight gain for dieters will actually be greater than those who never diet. This happens because non-dieters’ brains interpret that the food supply is reliable so there is less need for the insurance of fat stores… The best thing for weight loss is to take it steady.”

Another study led by Professor Margaret Morris, the Head of Pharmacology at UNSW found that yo-yo dieting negatively impacts the composition of gut microbiota. The findings, published in the journal Molecular Nutrition and Food Research, revealed that cycling between periods of healthy eating with periodic binges on junk foods is just as bad for intestinal health as consistently eating the junk.

The research is clear – healthcare providers should encourage their patients to eliminate yo-yo dieting and stick with a steady eating program. For weight loss, a consistent nutrition program in combination with physical exercise is much more likely to help a patient reach a healthy weight than cyclical low-calorie dieting.

To learn more, use promo code “HEALTHY” and receive a discount on the following continuing education courses: