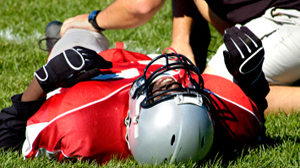 With the explosion of lawsuits shining a harsh light on what plaintiffs allege is a long history of poor concussion management in professional sports, its no surprise that neurological and sporting associations are rushing to pour effort and resources into developing policies and procedures. These plans guiding sideline personnel on when to approve an athletes return to play are not only being developed at the professional level, but all the way down to the elementary school level as well.

These policies and plans essentially boil down to one point: the athletic trainer should be primarily responsible for calling the shots on return to play. Athletic trainers are the most qualified members of a sideline team, with the training, expertise and, most importantly, hands on experience to spot the sometimes subtle symptoms of a traumatic brain injury.

So why, according to a 2010 National Collegiate Athletic Association (NCAA) survey, did half of responding institutions put athletes back in the same game after a concussion diagnosis?(1) Why are athletic trainers like Paul Welliver being fired for refusing to return students to play after concussion? Trained medical professionals feel they are being ignored, bullied and dismissed when trying to do the right thing for their athletes.

So who is really calling the shots?

Is It The Coaches?

There is no doubt that coaches can, and do, exert pressure on their sideline team to keep key players in the game. Coaches are, after all, hired to win.  They are not required to be trained medical professionals. Therefore most coaches make decisions based on emotion and instinct rather than science or research.

Its also very easy for a coach to question the athletic trainers judgment, as coaches are not generally subject to direct risk for litigation should something go wrong.  When push comes to shove, the responsibility falls on the team physician and athletic trainer to ensure that return to play criteria after a positive concussion diagnosis are fully met.

Another red flag is team hierarchy. In a Chronicle of Higher Education survey of the NCAAs 120 largest football programs, 11 of the 101 athletic trainers who responded said they are hired by, and report directly to, the head coach(2). 32 of them said that a member of the coaching staff had influence over hiring and firing decisions of team athletic trainers. Thats the kind of team hierarchy that can put pressure on AT staff to choose between the safety of the athlete and their own job security.

The NCAA and its institutions need to put checks and balances in place to see that this conflict of interest is no longer a conflict.  Put the athletic trainers under the athletic director or the medical director. Anything else is directly risking the health and welfare of our athletes.(2)

Is It The Professional Associations?

There is currently an investigation underway that is examining 1,000s of pages of internal documents sent between senior staff at the NCAA regarding the concussion epidemic (1). The investigation is exposing a startling lack of action on the part of the NCAA in enforcing the policies and plans for concussion management and an even more alarming laissez-faire attitude as evidenced by the following exchange:

"(Director of Health) Dave (Klossner) is hot/heavy on the concussion stuff. Hes been trying to force our rules committees to put in rules that are not good  I think Ive finally convinced him to calm down." - Ty Halpin, Director of Playing Rules Administration

"He reminds me of a cartoon character." - Nicole Bracken, Associate Director of Research.

The investigation has also revealed that while the NCAA require schools to have a concussion plan in place, that requirement hasnt been enforced with any consistency:

"The legislation was specifically written to require institutions to have a plan and describe what minimum components had to be part of the plan  not about enforcing whether or not they were following their plan  except for those isolated circumstances of systemic or blatant violations" - Chris Strobel, Director of Enforcement

According to the documents, even in those blatant cases enforcement was never enacted.

The cost of ignoring set concussion protocols can be unthinkable. In January of 2011, a young Irish rugby player by the name of Benjamin Robinson tragically died at the age of 14 as a direct result of second impact syndrome. Not only did the team coaches fail to adhere to protocols, it was later revealed many of them were sadly unaware of what those protocols actually were.(3) 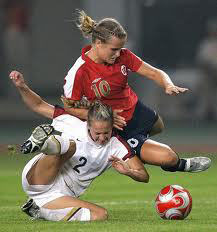 Is It The Athletes?

For athletes with visions of fame and glory, the competitive drive can impinge on common sense when it comes to injury, so the decision about return to play needs to be within the purview of someone who has far less at stake in the outcome.

Athletes can be very adept at hiding symptoms and, if they think they may miss out on a career-making play, will go to great lengths to manipulate the system. Former NFL strong safety Matt Bowen explains how easy it can be to deceive medical staff:

When I played, we used to take this test on the computer in August. We called it the concussion test: numbers, math, memorization, shapes, sizes, etc., etc., etc. The computer tallied your score. During the season, if you suffered a blow to the head, you had to take the test the following week. If your score compared well to the test you took in August, well, then you could probably get back on the field. If you failed, you were most likely out  until you could pass it.

I failed it in August  on purpose.

Why? Pretty simple. Because I knew that if I had a concussion, my scores would be low, and since I intentionally missed questions during my first test, I would score pretty well during the season.(4)

Bowen admits now that his actions were Stupid asinine idiotic. So why did he do it? Why did a professional athlete return to the game, risking a potentially life-threatening injury, rather than follow the advice of athletic trainers? You play because youre scared for your job.

Is It The Parents?

Many trainers are met with a pervasive My child was cleared by our family physician and that means he or she is fine mentality that has been hard to shake with parents of athletes. What most of them fail to realize, feel the trainers, is that, unless the MD has recently finished residency, or completed an exhaustive review of current research, they are likely a decade behind on their knowledge of concussion management.

One athletic trainer confided My father is a family practice doctor in the last few years of his career. He tells me all the time that the only accurate things he knows about concussion management for his patients he learned from me, his son, the ATC.(5)

Putting The Power Back in The ATs Hands

The American Academy of Neurology (AAN) feels that concussion management should be a team effort(6), but is that the right call? Being part of a team carries the danger of pressure to conform to group 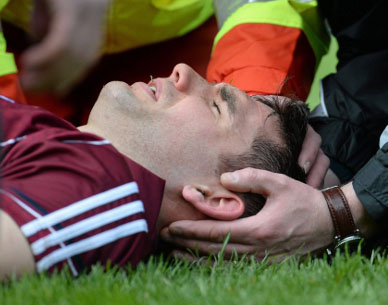 The most logical solution to the lack of consistent implementation of concussion management is to place complete and total authority on return to play decisions into the hands of the athletic trainer directly involved with the athlete.

Many Athletic Trainers believe that they should be a distinctly separate unit, not a part of the coaching staff. The distinction must be made, they say, that they are first and foremost medical providers whose primary focus is the care of injured athletes. And until all ATC's and administrators are able to differentiate between those two roles, they believe that their professionals "will never be supported the right way to make the unpopular decisions required for the safety of our athletes"(2).

But how best to implement this shift in policy? And who will be responsible for making sure everyone toes the line?

One AT doesnt put much faith in the NCAA:

The NCAA has no trouble regulating the recruiting process in excruciating detail, oversees eligibility rules minutiae, but says it can't regulate rules and procedures to protect the health of the athletes?(2)

And, with big money on the line, can we count on the NFL, MLB, NHL or any other professional sporting association to regulate themselves if it means risking fan ire and lost revenue when star players miss games?

So why, with mountains of undeniable evidence that brain injuries carry life-altering consequences (7), are associations apparently disinterested in protecting their most valuable assets? And who is going to stand up and force change?

While taking on the collective goliath of professional, collegiate and high school sporting associations to bring about change to concussion management should be the ultimate goal, athletic trainers at every level can affect change much more simply.

Athletic trainers should be working to educate athletes on the long-term consequences of concussions. Parents should be enlightened on the dangers of relying on medical personnel lacking comprehensive and hands-on concussion management experience. Coaching staff need to learn that concussions arent just bumps on the head and that the signs can be difficult to read to the untrained eye. And associations need to learn that athletic trainers arent there to cost them money, or to be difficult.

Most of all, what everyone needs to learn is to trust and respect the training, skills and expertise of certified athletic trainers. Their number one priority is the athlete.