There’s little doubt in the world of sports medicine that Dr.James Andrews is “The Man”. With a career in orthopaedic surgery and rehab spanning over 40 years and a client list that includes sports legends like Jack Nicklaus, Michael Jordan, Drew Brees, John Cena, Mark Sanchez, Brett Favre, Troy Aikman, Lindsey Vonn, and Tom Brady, it’s easy to understand why. An excerpt from an ESPN.com article dubbed him “…the alpha doc at the center of a sports-medicine network that extends well beyond doctors. Every athletic trainer, physical therapist, strength-and-conditioning coach in the land seems to have Andrews’ cell phone number”. In 2005, then San Diego Chargers QB Drew Brees suffered what many feared was a career-ending dislocation in his shoulder joint and a 360 degree tear of his labrum and rotator cuff.

“All of a sudden I’m getting up and my shoulder is stuck…it’s not moving, and immediately I just think to myself ‘Oh my god, I may never play football again.’ After the feeling sorry for myself stage ended, I immediately formulated a plan. The first part of that plan was call to Dr. Andrews.” Drew Brees, on HBO Real Sports. 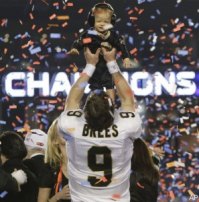 Five years later, Drew Brees led the New Orleans Saints to a decisive Super Bowl win, was named 2010 Sports Illustrated Sportsman of the Year and AP Male Athlete of the Year, all thanks to the work of Dr.James Andrews and his team. As well as consulting with just about every pro trainer in sports, Dr. Andrews is the team physician for Alabama, Auburn and the Washington Redskins, and Medical Director for the LPGA. But it’s not just the pros who seek out his skills; Andrews performs up to 50 surgeries a week on high-school and recreational athletes as well as professionals. His book, “Any Given Monday,” is an in-depth guide to preventing and treating injuries in younger athletes. His orthopedic “empire” spans the country, with the Andrews Sports Medicine and Orthopaedic Center in Birmingham, Alabama, the Andrews Institute and the Andrews Research and Education Foundation, both located in in Gulf Breeze, Florida. His list of accomplishments and awards is staggering: 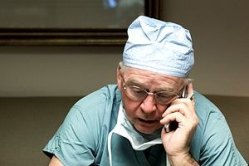 At 72 years old, Dr. Andrews shows no signs of slowing down. He splits his time between Alabama and Florida, performing hundreds of surgeries every year, consulting with patients and speaking at educational symposiums. These symposiums and online webinars offer a wealth of information for athletic trainers, physical therapists and occupational therapists that can be used for athletes of any level and non-athletes as well. HomeCEUConnection.com is thrilled to be able to offer the “Andrews Research and Education Sports Medicine Series” as part of our extensive catalog of athletic training CEUs.

“We are pleased to partner with HomeCEUConnection.com and CEU360.com to provide elite educational content for rehabilitation and athletic professionals. This content will generate new techniques, technology and methodologies to immediately implement in direct patient care and improve the lives of people of all ages.” Dr. James Andrews

Athletic trainers and other rehab professionals now have access to the Andrews series and hundreds more hours of quality BOC approved continuing education content at amazing prices. Now is the time to start work on your 2015 BOC renewal...sign up today!