Domestic violence in healthcare professionals is a widespread problem that is often ignored. Here’s how to help. 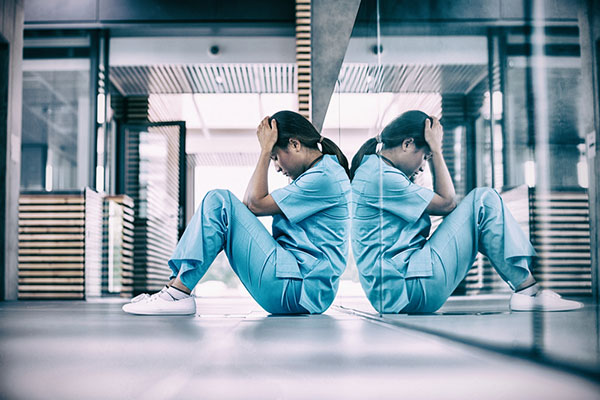 Domestic abuse is widespread worldwide. In the United States alone, an average of 20 people per minute are physically abused by an intimate partner. During one year, this equates to more than 10 million women and men. But, little is known about the occurrence of domestic violence in healthcare employees where the rate is shockingly high compared to other industries.

Several studies conducted worldwide indicate that victims of domestic abuse are more often females and children than males. A report from the Bureau of Justice noted that 85 percent of intimate partner violence is directed toward women, resulting in approximately 1,300 intimate partner femicides.

There are numerous governmental agencies, advocacy groups, and domestic abuse associations that can offer help and support against domestic violence; however, studies indicate that these organizations are not being utilized appropriately and sufficiently by victims due to several barriers:

All of these obstacles make it difficult for the victim to disclose domestic abuse in an effective and timely manner. Therefore, it is critical for healthcare professionals to assess for signs of abuse among co-workers.

How Can Healthcare Professionals Help?

Healthcare professionals should be attentive to signs of domestic abuse among their peers. Many times, abused victims do not present with a physical injury at work (especially in cases of sexual or emotional abuse). Instead, be aware of the following symptoms of abuse:

When a woman talks about “normal issues” at home to her co-workers, responders should assess the situation based on clinical observation, broad-based questions, and active listening. Also, be sure to provide education about unacceptability towards domestic violence.

Whether it be a co-worker, patient, friend, family member, or acquaintance, if you suspect domestic violence, you have a legal obligation to help the victim. In all but three states, there are mandatory reporting of domestic abuse requirements.

Don’t wait or second guess your suspicions. Time is critical! It is better to be wrong about the situation than to be right and do nothing, placing the victim (and possibly his/her children) in danger of further abuse. If you suspect domestic abuse: